KTLA January 22, 2021 – There’s a Key Difference Between Messaging apps Telegram and Signal You Should Know About

Millions have downloaded alternative secure messaging apps in the wake of WhatsApp’s proposed privacy policy changes. Those apps include Telegram and Signal, which are more secure than standard text messages. However, there is one key difference between these two apps you should know about.

First, the reason why so many people are downloading these new apps: WhatsApp is changing its privacy policy. The messaging app has more than 2 billion people on the platform, and users weren’t happy with it. 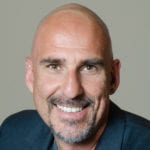 “We’re seeing a heightened awareness [to privacy] because it’s in our face constantly about how our data is being used, explained Steve Tcherchian, a cybersecurity expert at XYPRO Technology Corp. “Facebook doesn’t have the best track record when it comes to privacy data protections.”

While WhatsApp still protects the privacy of personal messages in a big way – using what’s called end to end encryption, the new privacy policy would allow Facebook to see the contents of messages exchanged with businesses. This way, Facebook could sell ads against that data.

“If I send an encrypted message to somebody, they’re the only person with the key to unlock that message, no one else can see it, not even the application developer,” explained Tcherchian.

Because of the backlash, WhatsApp has now delayed its changes until May 15 – they were supposed to take effect in February.

But that hasn’t stopped millions of users from downloading alternatives, including Telegram and Signal.

Telegram is a messaging app headquartered in Dubai with 500 million users. The company says 25 million people recently joined. Meanwhile, Signal got a big boost in downloads thanks to Tesla’s Elon Musk, who tweeted simply, “Use Signal.”