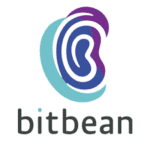 Thank you so much for your time! I know that you are a very busy person. Our readers would love to “get to know you” a bit better. Can you tell us a bit about your ‘backstory’ and how you got started? 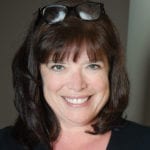 I started out on the sales side of the organization here at XYPRO, a software development and consulting services firm in Southern California. In small companies, everyone pitches in to help in every area and so I learned a lot about what’s involved in running a software company, supporting customers, coming up with product ideas, networking, etc. The market for our solutions was a relatively niche group that uses a particular “big iron” server for very high volume online transaction processing called an HPE NonStop server. Our customers are B2B, Fortune 500 companies that are part of the global financial & telecommunications infrastructure. Thanks to the vision of XYPRO’s founders, we pivoted our specialty focus to Cybersecurity in the early 1990s and were early players in the space. Other than a small blip in 1994, Our business grew slowly but steadily. I was given quite a bit of autonomy in how I built up the sales organization and distributor network, learning as I went, moving into an officer level role as VP of Sales and later promoted to company President. When the founders realized they wanted to retire, I was approached to gauge my interest in a management buy-out. In 2014 I became the CEO.

Can you share a story about the funniest mistake you made when you were first starting? Can you tell us what lessons or ‘take aways’ you learned from that? 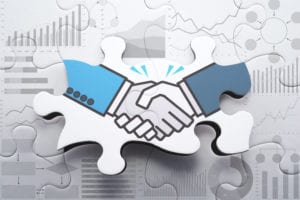 A sale that I felt should have been closed but kept dragging on. I had a good relationship with the customer, I just needed their manager to sign off. I don’t know what possessed me (I had probably just read one of those books about sales and taking decisive action to close the deal) but I decided to just jump on a plane and go there unannounced, with the contract ready for signature. I showed up and did just that! My customer was floored, his manager was so amused by it that he signed the agreement on the spot!

I’ve told that story many times and had it retold on my behalf, with great delight, by the person whose manager signed the contract (that he was going to sign anyway). Because that event worked out so well and was met with amusement and success, of course I tried it again and of course it failed. Not only was the second attempt much further away and a more expensive attempt, the manager refused to see me and we did not get the deal. Ever. I also thoughtlessly failed to schedule enough other solid reasons to visit the location that would have justified the cost of the trip. We were a smaller company back then and the money spent on what is obviously an unnecessary risk was non-trivial to our growing company. I tried never to let hubris, impatience, recklessness or an attitude of “what have I got to lose?” take a more prominent seat in decision making than “how will this impact the business?”.

Is there a particular book that you read, or podcast you listened to, that really helped you in your career? Can you explain?