A U.S. healthcare system recently was the victim of a cyberattack that hampered patient care. The attack is believed to be the largest such attack on a U.S. healthcare organization. 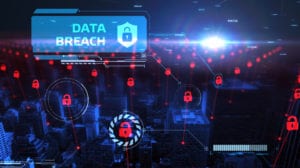 When the price of a stolen credit card dropped precipitously because the black market was flooded with them, hackers found a new target in the healthcare industry, he says. On the whole, the healthcare industry has an aging infrastructure that is less resistant to hacking, and industry tends to adopt security precautions more slowly than other potential targets, Tcherchian says.

He says that many medical data breaches are now as big as the largest retail breaches and medical records can be 10 times as valuable as credit cards on the black market.

A patient’s medical history can be the key for a hacker to commit medical identity theft and submit fraudulent insurance claims, which have the potential for big payouts, Tcherchian says. According to IBM Security’s 2020 data breach cost report, the average cost of a healthcare data breach is $7.13 million. Cyber thieves also may use the information to purchase prescription drugs and resell them online, he says.